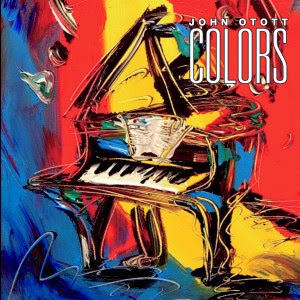 I think John Otott has been referred to as an emerging artist. I am officially stating that he has arrived with Colors. The cover of the album is a mirror into the soul of the artist and within the music you will find yourself everywhere amongst the 13 tracks.

For creating music without words I really do not know how much more beautiful and prolific it could possibly get. Otott’s brilliance shines brightly in every track and when the music starts and “Tesoro” begins, you know you are in for a lot of special moments. The track was featured on our sister site RateThe Tracks.

If you are interested in getting a look inside some of these compositions I would recommend checking out http://www.johnotott.com/music-store/colors/.

John takes elements of new age and classical music and brings forth all the magic through his fingers seemingly without effort. We all know and recognize putting together an album is quite a project and I am not taking away any of that hard work and the trials one goes through but it all sounds so flowing and easy.

“Song of the Willows” brings you closer to nature, its heaven and earth merging in the music. I found it so moving, I was feeling happiness and sadness then joy all at once with the ebb and flow of those ivory keys and the atmospheric sounds that weaved themselves into an unforgettable tapestry of sound and wonder. How one instrument can create so many textures and moods amazes me.

“A Memory” is an emotionally moving piece taking you through the life of John’s mother who is suffering from Alzheimer’s. John explains that he conveys all the emotional highs and lows one can go through watching a loved one overtaken by such a life stealing disease. Even with all the sadness the artist finds the light at the end of the tunnel were his music is the only release, then finally acceptance arrives and you move on to the next track. I was forced to take stock of my own life and realized how much I have to be grateful for after I read about what the song meant, then it hit home one step further.

John Otott’s piano improvisations are a gift from his soul to his listeners. When I take in this type of music the only thing I can think of is that when my time comes to leave this planet I think I will hear this kind of music playing as the angels invite me to join them. Music is the closest thing to heaven we have here on earth and Colors is another brilliant reminder of that.

Key Tracks: Tesoro, Song of The Willows, A Memory