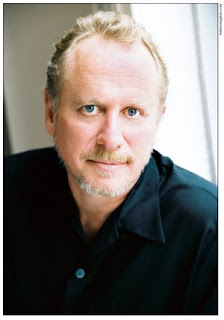 Camarillo, CA - Marshall Blonstein, president of Audio Fidelity is pleased to announce an agreement with Will Ackerman and his West River Records. The agreement calls for Audio Fidelity, in conjunction with West River Records, to release the first 180g vinyl pressing of Ackerman's 2005 Grammy award winning recording, "Returning: Pieces for Guitar 1970-2004." Ackerman is universally recognized as the preeminent pioneer in the new age music movement, and the founder of Windham Hill Records.

In 2004, after years of growth and introspection, Ackerman re-recorded an album of his best-known songs. A greatest hits collection of all new performances.  The playing and recording of these New Age instrumentals are sharper now than on those original Windham Hill classics and Ackerman's most popular compositions have rarely sounded as poignant.

Blonstein felt one of the elements of working with Will Ackerman that would have great appeal to Audio Fidelity's music fans were simple words Will spoke at the time of the recording about why he wanted to make the album. "Today I'm recording in my own Imaginary Road Studios in Windham County, Vermont on utterly state of the art digital equipment. It all brings me closer to what I hear as I sit alone and play; touching the sound as it literally moves through my body as well as my ears. I guess I am trying to find a sound that lets you hear what I hear."

Will's goal was to take a series of 11 favorite songs and record them for posterity in a way that reflects the emotional nuances, precision, and maturing beauty they've picked up along the road. He includes the graceful and lushly melodic "The Bricklayer's Beautiful Daughter," the sweet and melancholy "Anne's Song", and two peaceful early gems from 1970, "Pictures" and "Barbara's Song." Some were written as celebrations ("Unconditional"), others as elegies ("The Impending Death of the Virgin Spirit"), but all are intricate snapshots of a vastly influential musical life that keeps inventive to this day.